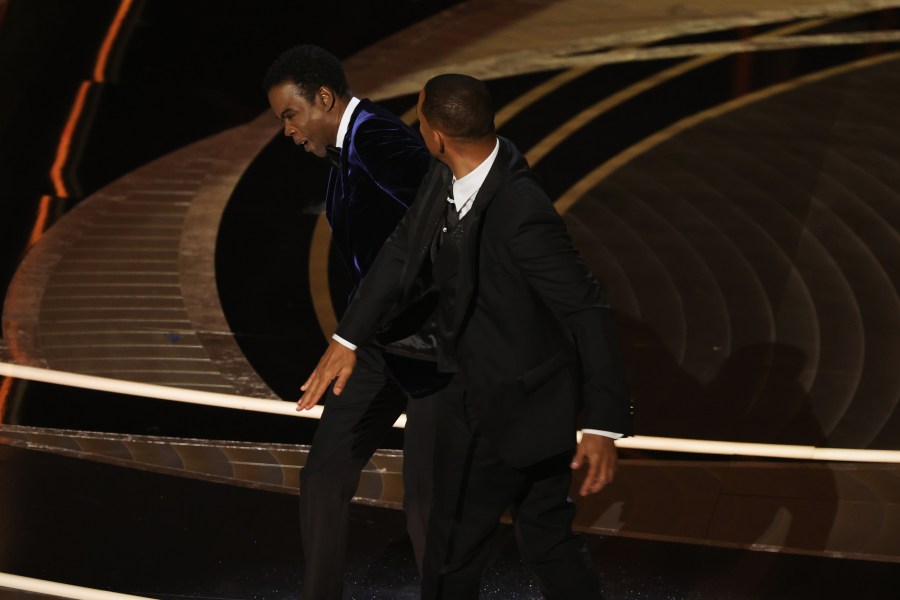 (NewsNation) ⁠— The board of governors for the Academy of Motion Picture Arts and Sciences banned actor Will Smith from any academy events for 10 years after the actor slapped comedian Chris Rock in the face at the Oscars.

In announcing its sanctions, the academy called Smith’s actions unacceptable and harmful.

“The Board has decided, for a period of 10 years from April 8, 2022, Mr. Smith shall not be permitted to attend any Academy events or programs, in person or virtually, including but not limited to the Academy Awards,” the academy said in part.

“I accept and respect the Academy’s decision,” Smith said in a statement about Friday’s decision.

The slap happened after Rock made a joke about Smith’s wife, Jada Pinkett Smith referencing the 1997 film “G.I. Jane,” in which actress Demi Moore shaved her head. Pinkett Smith has alopecia, a condition that causes hair loss.

Smith won the best actor Oscar for his role in “King Richard” shortly after the slapping incident.

Since Smith is now banned, he will not be able to present the best actress category at the Oscars next year, which is traditionally part of the victory lap after winning best actor.

What does Will Smith’s slap mean for comedians?

“This action we are taking today in response to Will Smith’s behavior is a step toward a larger goal of protecting the safety of our performers and guests, and restoring trust in the Academy,” the academy said in a release. “We also hope this can begin a time of healing and restoration for all involved and impacted.”

An open letter written by Academy president David Rubin and CEO Dawn Hudson announcing the ban acknowledged that “we did not adequately address the situation in the room.”

“For this, we are sorry. This was an opportunity for us to set an example for our guests, viewers and our Academy family around the world, and we fell short — unprepared for the unprecedented,” Rubin and Hudson wrote.

Film critic Emmanuel Noisette says a full decade was more than what many expected.

“It’s a fitting punishment, but whoo, the Academy was not playing,” Noisette said. “This ten-year ban, I mean it is a little heavy-handed, but you have to understand that they have little choice. I mean, this is not something that anyone would’ve dreamed of ever happening on the Oscars live event at all.”

Code of conduct sanctions range from a written warning to permanent ineligibility for future awards did not happen.

While Smith’s career appears to be in a time-out, with at least two films on hold, few are counting him out.

“I think that pretty much every studio in town, someone wants to be in the Will Smith business. The guy’s made, his movies have made something like six-and-a-half billion dollars worldwide. And this is a business,” Michael Odoña, a contributor to the L.A. Times, said.

Fallout from the slap was immediate. Recently, it’s taken a salacious turn.

The Smiths’ lifestyle has made headlines since they got married in 1997. Two years ago, more eyes were on the couple when they acknowledged that Pinkett Smith had had an affair with 29-year-old musician August Alsina.

Alsina, an R&B artist, just released new music, including a song that hints at the trysts, and there’s word of a six-figure book deal detailing what happened.

This book deal comes amid renewed interest in a Will Smith memoir that came out last November.
“Will” has been moving back up book charts since he hit Rock.

“Controversy sells, and familiarity sells and notoriety sells,” said Michael Levine, a media expert and image consultant. “There’s nothing that can be taken from that data point that should indicate this is not a deeply serious, tragic, life-altering mistake.”

Smith’s memoir details his troubled relationship with an abusive father and outlines his expansive career as a successful rapper and actor for more than three decades.

The Associated Press contributed to this report.

This story is developing. Refresh for updates.