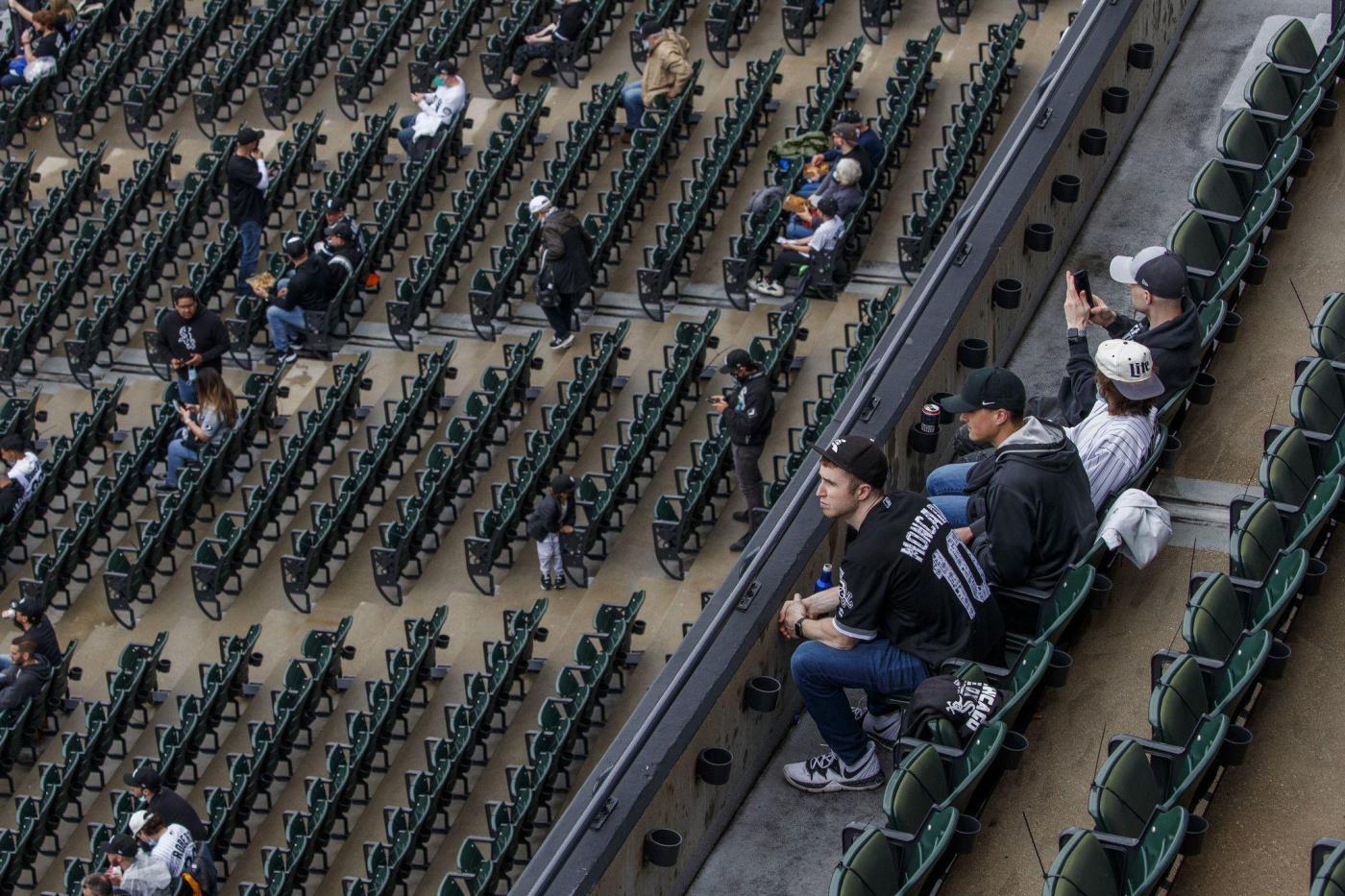 It’s the Chicago White Sox’s turn to host their first home game of the season — and it looks like fans at Guaranteed Rate Field will be able to leave the cold-weather gear at home Tuesday when the team hosts the Seattle Mariners.

“We’re looking at a pretty large change in the prevailing weather pattern across the U.S. that will likely bring warmer temperatures as well as multiple rounds of showers and thunderstorms to the Chicago area,” said Rafal Ogorek, a meteorologist at the National Weather Service’s Chicago office.

He said a warm front is expected to stall over the Chicago area Tuesday, bringing partly sunny conditions with a high in the 60s. There’s also a 50% chance of showers — with thunderstorms possible — during the game. So bring a poncho!

What’s normal for April in Chicago?

The normal high on April 12 is 58 degrees with a low of 39. A trace of rain is usually observed too.

Does cold weather matter for a White Sox home opener?

Spoiler: It probably makes a bigger difference for fans.

Since 1989 — when box scores for Major League Baseball games began to include weather conditions at the ballpark at the time of first pitch — the White Sox are 18-15 in their home openers.

The temperature at first pitch (5:22 p.m.) was 58 degrees with 2 mph winds from the south and southeast, per Tribune columnist and baseball writer Paul Sullivan.

Ricky Castro, meteorologist at the National Weather Service’s Chicago office, said that was pretty mild for that time of year. The normal temperature for April 8 in Chicago is 56 degrees with about 0.11 of an inch of rain.

The weather didn’t seem to deter the home team. Lance Lynn threw a five-hit shutout and the Sox defeated the Kansas City Royals 6-0 in front of 8,207 fans.

The first White Sox game to be played inside the freshly renamed U.S. Cellular Field had the ingredients for a memorable home opener. More than 40,000 fans were expected to watch the Sox face the Detroit Tigers. A massive video screen in center field, nearly twice the size of the previous one, was among offseason improvements made to the stadium in anticipation of hosting the MLB All-Star Game on July 15, 2003 — 70 years after the first one took place at Comiskey Park, the idea of Chicago Tribune sports editor Arch Ward. And the governor was scheduled to throw out the first pitch.

Instead of arriving to cheers from the home crowd, however, the winless team took the field to boos.

“If you don’t execute or perform, then I don’t necessarily take it that personally because it’s about the performance. If my performance is not good, then they should boo,” Sox manager Jerry Manuel said.

And the first pitch? It was thrown by then-Illinois Gov. Rod Blagojevich — also booed by fans — who “bounced” it.

When 22 mph winds and a two-hour rain delay arrived shortly thereafter, both the players and the fans were left with, well, wet socks. It was only when the grounds crew peeled back the tarp at 4:29 p.m. that fans cheered.

“With the wind here, you never know how it will carry. I want to say the wind had a little help with that,” Crede said.

Sox right-hander Esteban Loaiza took a no-hitter into the fifth inning, later telling reporters the cold, wet weather was a shock compared with the warmth at spring training: “It was really hard to adjust after coming from the heat in Tucson.” He was pulled in the seventh inning after walking Carlos Pena with two outs.

Closer Billy Koch — who was also booed by fans for bombing his first save opportunity in a Sox uniform the day before — struck out the side in the ninth to give the Sox their first win of the season.

The next day’s Tribune summed up the White Sox’s 6-0 shutout of the Cleveland Indians, well, perfectly — “For openers, it was just about perfect.”

The weather was gorgeous, Mark Buehrle pitched three-hit ball over seven innings and first baseman Paul Konerko hit a two-run homer before a sellout crowd of 38,935 at U.S. Cellular Field. Right fielder Alex Rios added a solo homer and ended the game with a diving catch.

Buehrle — fresh off his first career Gold Glove Award — was starting his 10th full season and his club-record eighth home opener. In addition to his impressive 95-pitch outing, the left-hander also turned in a spectacular play in the field.