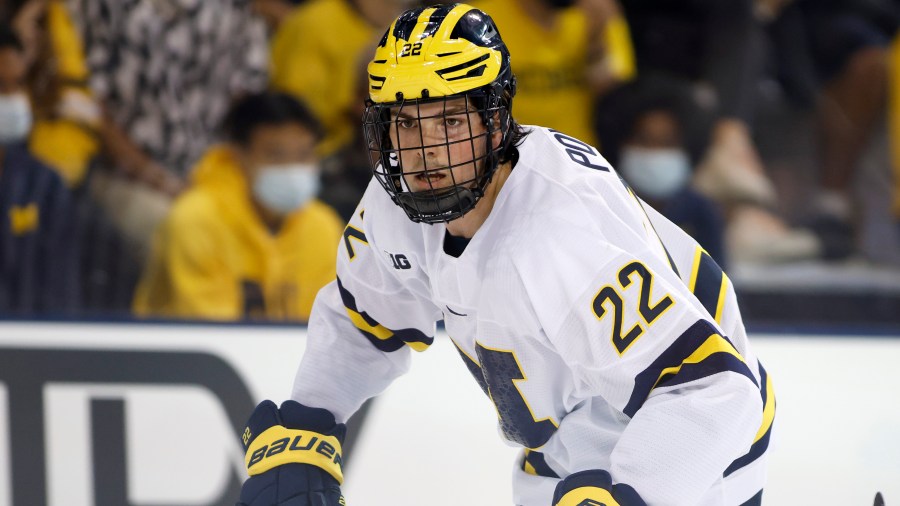 “It’s a proud day for our organization. We believe in Owen and his abilities, and we’re excited to have him join this group and be himself,” Sabres General Manager Kevyn Adams said on Friday. “He doesn’t have to feel the weight of the world on his shoulders. He’s a young player, it feels like a lot to manage, there’s a lot going on, and we want to set him up for success so he can go out and play. This stretch of games is so critical for him so he can feel what it’s like in an NHL game, figure out what he needs to do, and prepare yourself to play.”

The first overall draft pick in the 2021 NHL Draft, Power returned to Michigan for the 2021-22 season where he played in 33 games and accumulated 32 points on the year.

The defenseman helped lead the Wolverines to a 31-10-1 record and advanced to the NCAA Division I Frozen Four Tournament in Buffalo where they fell to Denver 3-2 in OT on Thursday night.

Just a few days after his college season ended, Power will make his NHL debut with the Sabres when the team travels to Toronto to play the Maple Leafs on Tuesday, April 12th.

“He’ll meet us tomorrow in Tampa, and he will likely will make his debut in Toronto,” Adams said. “We’ll see how the next few days go, we’ll have conversations with him. It’ll be good for him to get on the ice with the guys and watch the game before making his debut.”

Power will wear number 25 for the Sabres, the team announced on Twitter on Friday.

In his two seasons at Michigan, Power played in 59 games with six goals, 42 assists for a total of 48 points in his collegiate career. He was the first player from Michigan to be selected first overall in the NHL Draft.

“Being a college student, playing in front of thousands of fans, and just being in the environment that makes college hockey so special. On the ice, he played huge minutes, he got the chance to do World Juniors, and even though it abruptly ended, he got to put a big stamp on it,” Adams said of Power’s choice to return to college this season. “He got to play in the Olympics. It was just a great developmental year for him, he got better and better and set himself up for success. We’re excited for him to join the Sabres.”