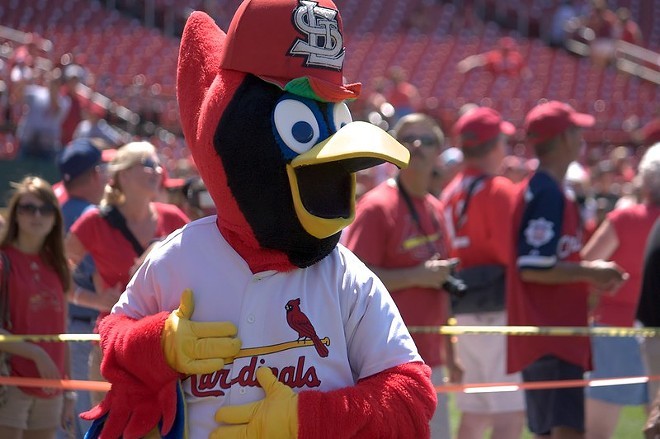 It’s opening day, and when it comes to Cardinals coverage in the St. Louis Post-Dispatch, exciting things are afloat!

You had us at minor leagues! And so, to celebrate, we logged on and geeked out over our favorite writers, such as “The Commish” Rick Hummel, Derrick Goold and Ben Frederickson.

The site notes that it also boasts “extra” coverage, including archival stories, subscriber-only newsletters, podcasts and “digital interactive experiences,” all without ads.

Glorious! At least we thought so, until we read the fine print. After May 5, turns out, it will cost $13 per month. Dang, a paywall.

But wait, what about if we already subscribe to the P-D. Surely it’s free for us, right? Nope. Turns out we have to pay, too, though for current subscribers it’s $5 per month.

For clarity we reached out to Bob Rose, the paper’s VP for digital content, who sent us to Tracy Rouch, Director of Public Relations.

In an email, Rouch notes they’ve added two employees for the app, Daniel Guerrero, focused on the minors, and “digital producer/writer” Carter Chapley.

“The ‘extra’ content…will focus on archived materials presented in new ways,” Rouch writes, adding: “All the award-winning sports content readers have come to expect with their subscription remains on STLtoday.”

Look, a double paywall is not unprecedented. A basic New York Times subscription won’t get you access to NYT Cooking or the crossword puzzle, for example. But that feels different. A huge portion of P-D readers surely subscribe specifically for the Cardinals’ coverage.

And it seems almost certain that will be diminished, and instead appear on the app.