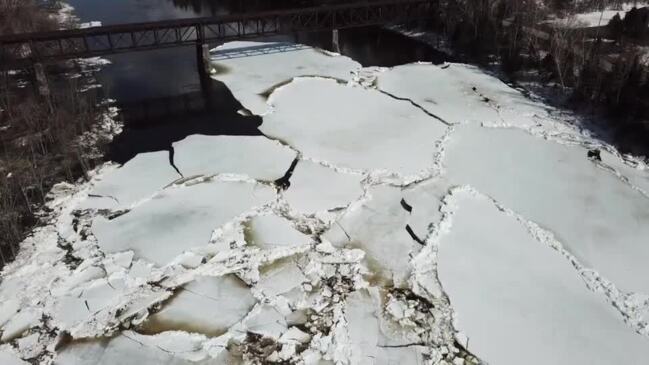 A dislodged ice jam pushed large chunks of ice for an estimated one to two miles down the Aroostook River in Ashland, Maine, on April 9, local emergency management said. Aroostook County Flood Watch said that up to two miles of ice was pushed through the bends of the river toward Castle Hill. This drone footage was recorded by Meteorologist James Sinko, who said the ice came free as he was checking out the river. The National Weather Service said it continued to monitor ice jams on northern rivers on April 10. Credit: Meteorologist James Sinko via Storyful