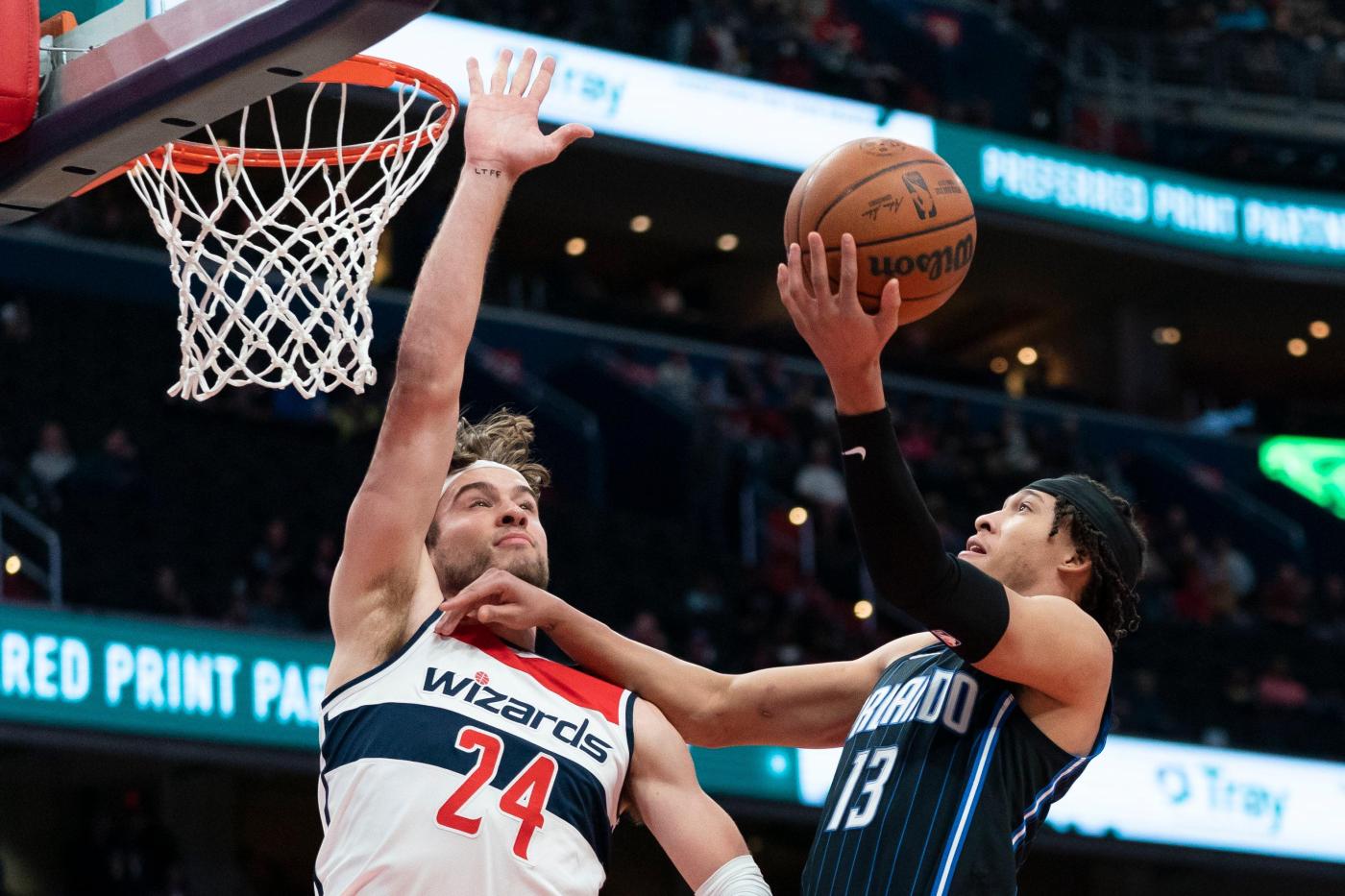 The question that Orlando Magic coach Jamahl Mosley faced ahead of Wednesday’s 127-110 road loss to the Washington Wizards was one he and the front office have to answer for themselves even if it’s hard for them to fully know.

How much of the Magic’s improved play since the All-Star break (7-9 entering Wednesday) is because of their own development?

And how much is it because of circumstances outside of their control affecting the quality of their opponent?

“We’ve talked about it from the beginning of the year of it being about us,” Mosley said ahead of Wednesday’s matchup. “Whether we’re playing a team that’s fighting for a play-in or we’re playing a team that’s the first seed in the West or East, it’s going to be about us. Are we sharing the basketball the way we need to? Are we defending at the level we need to defend? Are we winning those mini battles within the game? We continue to focus on how we grow and then we can evaluate from there.”

At this point in the season — with the Magic having five games remaining after Wednesday — most teams know their postseason fate.

Teams that are sure to make the playoffs will lessen their key players’ workloads around this time of year so they’re fresh for the postseason.

Teams in the Magic’s position, who aren’t contending for the playoffs, are usually tanking.

In other words, such a team is doing less than everything it can to win to help its draft-lottery odds: playing lesser-experienced players more than veterans, limiting the playing time of key players or not allowing players to play through injuries they may have played through earlier in the season.

The circumstances make it less likely the Magic are getting their opponent’s best shot. They didn’t Wednesday, with Kyle Kuzma sidelined for the seventh consecutive game because of right knee tendinitis. Bradley Beal had season-ending left wrist surgery in February.

That didn’t stop the Wizards (33-43), who were on the second night of a back-to-back from picking up their third win in four games. They were led by Kristaps Porziņģis (35 points, 8 rebounds, 3 assists), Kentavious Caldwell-Pope (25 points) and Tomáš Satoransky (13 assists, 10 rebounds).

Wendell Carter Jr. missed his third game in the last four because of a sprained left wrist while Jalen Suggs missed his eighth consecutive game because of a bone bruise in his right ankle.

“If you can focus your attention on our team,” Mosley said, “that makes it so much better because our guys understand how we execute vs. a drop. Most teams do similar things. If a team is trapping, how do we get out of that? If a team has a great shooter, how do we work on our top-lock coverage? It still tends to focus on us no matter who’s out there because most teams are running the same sets.”

As Mosley and the Magic see it, their improvements over the last month are because of players’ better understanding and execution of their gameplan — not the outside factors.

Orlando entered Wednesday with the second-best defensive rating (109.1) — points allowed per 100 possessions — since the All-Star break, with the Magic ranking among the top-10 in opponent’s points in the paint (No. 2), opponent’s second-chance points (No. 5) and opponent’s fastbreak points (No. 9) in that timeframe.

“The rim protection is the No. 1 thing we talk about, as well as getting into the basketball, being able to apply pressure, funnel into the rim and having our guys are bigs being able to protect,” Mosley said.

This article first appeared on OrlandoSentinel.com. Email Khobi Price at khprice@orlandosentinel.com or follow him on Twitter at @khobi_price.