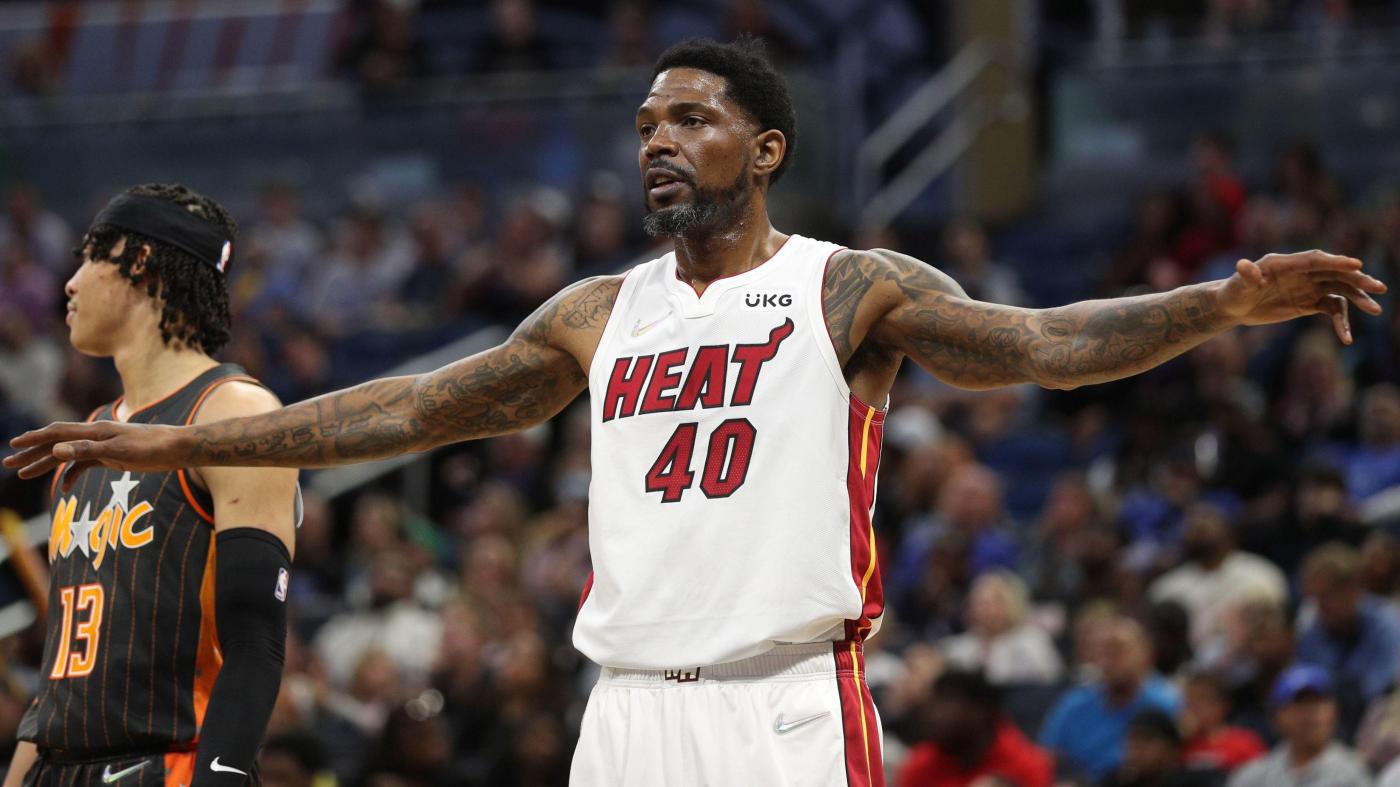 The worst team in the East soundly beat the conference’s No. 1 playoff seed Sunday night . . . and no one blinked.

Welcome to closing night of the regular season in the NBA.

With the Miami Heat protecting their playoff rotation, with the games to resume for real this coming Sunday at FTX Arena at the start of the postseason, coach Erik Spoelstra played it safe in what turned into a 125-111 loss at the Amway Center.

While Victor Oladipo got the opportunity to make another statement, and did just that in a 40-point performance, the most pertinent personnel element for the Heat were those who were held out, a list that included Jimmy Butler, Kyle Lowry, Bam Adebayo, P.J. Tucker and Max Strus — also known as the starting lineup — as well as key reserves Tyler Herro, Caleb Martin and Dewayne Dedmon.

“We’ll take the next couple of days, just to recover,” Spoelstra said. “And then we’ll get back to work.”

Next up for the Heat is their playoff opener against the conference’s No. 8 playoff seed, which will be determined by this week’s play-in round.

Next up for the Magic is the No. 2 seed in the NBA draft lottery.

Javonte Smart added 20 points for the Heat, with Haywood Highsmith scoring 16 from the Heat’s watered-down rotation, with the Heat closing the season at 53-29.

Of Adebayo’s status going forward, Spoelstra only would say, “I don’t have any comment other than these protocols right now, and then we’ll move forward.”

1. Playoff seeding: With the Boston Celtics’ 139-110 road victory Sunday over the Memphis Grizzlies, the Heat’s potential road to the NBA Finals came into clearer focus.

The Heat’s first-round opponent with come from the play-in pool of the Brooklyn Nets, Cleveland Cavaliers, Atlanta Hawks and Charlotte Hornets, with the play-in seedings favoring Cleveland to emerge as the Heat opponent.

That would make the Eastern Conference finals the earliest the Heat could face the Celtics or Milwaukee Bucks.

“We’ll ramp it up in the middle of the weeks,” Spoelstra said of Heat playoff preparations.

2. Oladipo opportunity: As was the case a week prior, when Butler was held out in the road victory over the Toronto Raptors, Oladipo maximized his opportunity.

This time he scored the Heat’s first seven points, closing the first quarter with nine. He then was up to 25 points at the intermission, the highest-scoring first half by a Heat player this season. The high for any half was 26 by Adebayo in a second half on Feb. 26 against the visiting San Antonio Spurs.

“I was really happy for him that he was able to have a performance like this tonight,” Spoelstra said, with Oladipo making eight appearances in his return from May quadriceps surgery. “We’ll just keep on moving forward.”

Oladipo became the 11th player in the franchise’s 24 seasons to score at least 25 in a half.

Whether that translates into playoff playing time is another story, considering he was held out the following two games after scoring 21 in Toronto, with Sunday his first game back since.

“It just felt good to play basketball, going out there and being myself, doing my best to do whatever it takes to help the team win,” Oladipo said.

Oladipo closed 13 of 22 from the field, with 10 rebounds and seven assists.

Aske about a possible playoff opportunity in the rotation, he said, “I don’t have no control with that. If my number is called, I’ll be ready.”

3. Robinson’s role: After being moved to the bench two weeks ago, in what likely will be his playoff role, Robinson was the lone member of the rotation to start Sunday, in a lineup rounded out by Oladipo, Highsmith, Omer Yurtseven and Mychal Mulder.

“With Duncan,” Spoelstra said, “one of the best abilities is your availability and that’s been a consistent thing with Duncan, and that’s a credit to everything he puts into his routine and his body and making himself available.”

4. Over and out: Sunday was the final appearance of the season for the Heat’s Mulder and Smart, with both players on two-way contracts, ineligible for the playoff roster.

Two-way players had been granted playoff exceptions the past two seasons due to the pandemic.

Both Mulder and Smart have contracts that keep them under the Heat control during the offseason, with both allowed to train and practice with the Heat during the playoffs.

5. Haslem time: With the Heat protecting their rotation players, Heat captain Udonis Haslem appeared for the 13th time this season, having played 63 minutes prior to Sunday.

Haslem then was called for three fouls in his first eight minutes, including on a block-charge play 25 seconds into the second period that the Magic challenged and got overruled to a Haslem blocking violation.