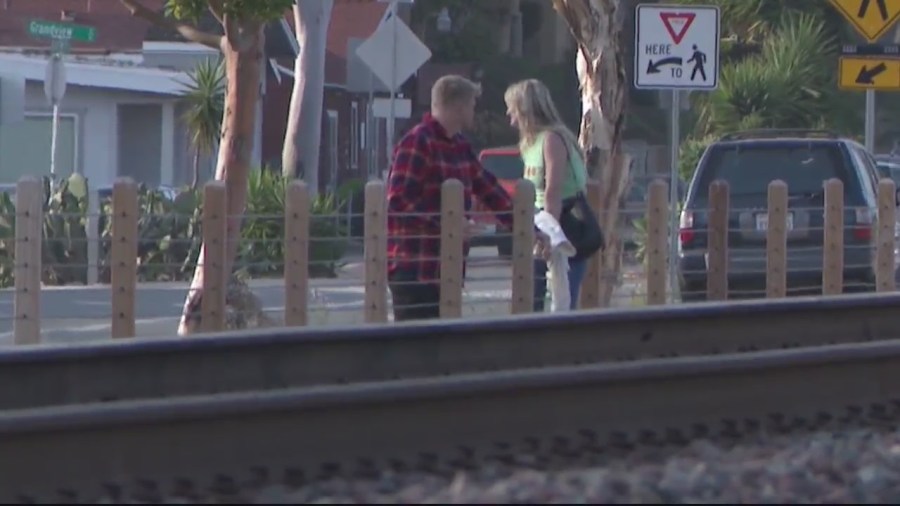 ENCINITAS, Calif. — A two-mile fence is currently under construction in Leucadia, a beach community in Encinitas, to prevent people from crossing the train tracks due to safety concerns.

These types of barriers have been proposed at sections of railway from Del Mar to Oceanside.

The North County Transit District has been working on shoring up their tracks for decades. People have been crossing the tracks since the 1880s, but after repeated high-profile accidents and suicides, officials are attempting to stop trespassing on the tracks.

“I get the safety aspect, but if people are cautions and careful, I think we can leave things the way they are,” said Hilary Bell, a manager at Corner Pizza in Leucadia.

The fence itself is only 42 inches high and is made of wooden posts and steel roping. FOX 5 witnessed several people simply pushing the steel rope down and swinging a leg over to cross over the tracks.

Now resigned to the inevitable fence currently under construction, residents are pushing for a underground access point in order for the northeaster section of Leucadia. City officials say it’s a priority to get those people access, but just the planning process to build an underground walkway can take three to five years.

Some residents worry there will be a split in the beach community, but longtime resident Barbara Miller says she’s not concerned.

“Leucadia is Leucadia, there’s no wrong side of the tracks,” she said.